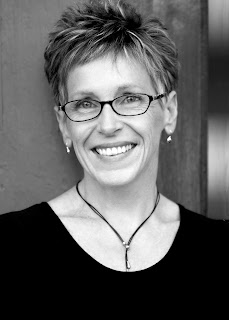 My friend Pam Steele’s first novel, Greasewood Creek, will come out from Counterpoint Press in November. I just finished reading a galley copy, and it is a fine book, set at the edge of the rez in eastern Oregon in recent times. But more about Pam and Greasewood Creek in a moment.

Reading it reminded me of Alvin Josephy and the beginnings of Fishtrap. In 1986 and 87, Alvin was lamenting the loss of a series of interdisciplinary seminars and conferences in Sun Valley put on by the Institute of the American West? It was there that he met Bill Kittredge and Annick Smith, the fine Indian novelist Tom King, and a raft of poets, novelists, and moviemakers who were making new sense of the West.

Now, as I go through his books and the books and manuscripts sent to him by friends and people looking for blurbs and critiques, I realize that Alvin had a long history with fiction writers, poets, and movie makers. He had written a few radio and movie scripts himself, had an unpublished and unsubmitted WW II novel on the shelf, and had a long history with writers of all sorts, but importantly Indian writers like Scot Momaday and Leslie Silko. Throw in post-retirement winters in the Southwest consorting with Jack Loeffler, Drum Hadley, Ed Abbey and company, and you start to get the flavor of Alvin’s intellectual milieu.

In those early Fishtrap years he was concerned with the misinformation about the American West among East Coast publishers (the theme of the first Fishtrap Gathering was “Western Writing, Eastern Publishing”), and the narrow range of attention among academic historians. I(ndian elders and amateur historians—history buffs, he called them—were keeping the real stories of the West alive, and novelists were turning them into credible stories for contemporary audiences. They were creating and re-creating the West that was and is a West made up of men, women, and children, Indians, Scotsmen, and Irishmen, French trappers and their Métis heirs, Black cowboys, Chinese miners, and Japanese farmers.

The East—and most Americans—thought cowboys were white and “Indian” meant Sioux on a horse somewhere on the Midwest plains. They knew nothing of the range of Indian culture and agriculture, and had no notion that the horse had found its way into North American Indian life in the seventeenth century, late by historical standards. And the Sioux had not always lived on the plains.

Until the 1970s and 80s, when books of settlers’ diaries were published, and civil rights movements gave colored voices credence, Western women’s voices and Indian voices—other than treaty words often dictated by white men, had been absent. The Irish miners in Butte, Japanese farmers in Hood River, Chinese laborers on railroads, Finnish fishermen in Astoria, were mute. History concentrated on Indian wars and range wars, treaties, gold rushes, and territorial and state governments—the goings on of white men. (The Negro Cowboy, published in the 60s, claimed that African Americans had been erased from the West by Manifest Destiny and Anglo-American superiority notions.) Sacagawea and Charbanneau were the exceptions that showed the rule—and we know little of their real lives.

Back to Pam Steele, a women from West Virginia who came to Wallowa County as a small child with a mine-sick father seeking health in clean air and joining a pod of relatives and Appalachian neighbors who had made the journey a generation earlier. He died, and Pam rode with his coffin on a train back across the country, then returned to West as an adult.

Greasewood Creek’s protaginists are hard scrabble people from Appalachia and their heirs mucking out a living in harsh country at the edge of Oregon reservations. Whites and Indians interact, even intermarry, and it is as natural and hard as we who live in these Western places know it is. Work, alcohol, reputation, family ties, and family tragedies are woven into stories that engage, that make us cheer for one, cry with another, and occasionally pull out a laugh.

And the prose is poetry—Pam’s first book, Paper Bird, was a nominee for the Oregon Book Award in poetry. I was reminded of Molly Gloss, whose groundbreaking Jump Off Creek gave voice to forgotten single women homesteaders. Pam’s women are a few generations removed, but they still chop wood, feed cows, and live stories as complicated and important as those of fathers, husbands, and sons.

Alvin and Betty Josephy would have loved it.