Kim Stafford tells the story of Alvin Josephy giving a talk at his college, Lewis & Clark in Portland, Oregon. At the end of the talk, says Kim. Michael Mooney, then President of the College, rose to ask Alvin why he continually used the term, “Indian,” when “Native American” might be more appropriate and accurate.

Alvin did not explain that “American” has its own historical problems in trying to think or name indigenously, but quietly, “graciously” and “directly,” says Kim, answered that Indian was what his friends in Indian Country called themselves. 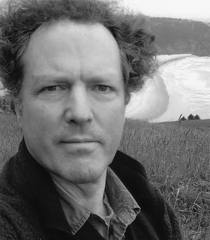 Alvin tried his hand at a novel—abandoned, I believe, because it coincided with and dealt with the painful breakup of his first marriage at the end of the War. He wrote radio plays and screen plays that were produced, and told me once that he had tried his hand at a Broadway musical. As far as I know, he never wrote a poem. But he had that kind of ear, that way of listening and picking up the body language of the speaker and other voices in a room. Once, at Fishtrap, overwhelmed with good feeling after listening to several Indians read and talk, he opined briefly that the spirits of Nez Perce elders were present and happy with events at Wallowa Lake that day.
This gift of careful listening, quiet reflection, and the gracious response is one that characterizes Kim Stafford. His father, William Stafford, was the poet at the Library of Congress, a title later changed to U.S. Poet Laureate. And William held the title of Oregon Poet Laureate for many years. At a meeting to revive the position (now held by Paulann Peterson), I suggested, semi-seriously, that we name Kim Stafford our state “teacher laureate.”
I met Kim when he was a poet in the schools in Wallowa County in 1978. In 1988, he helped launch Fishtrap, and at every step of the way he has been at the pivot point of Fishtrap’s programs and changes. This summer he will begin a year-long workshop in memoir.
But let me tell one more story about Kim the teacher. Steve Arment, the local woodworker responsible for the beautiful wood screen doors across the county, the wood-work décor in many fine local establishments, and, once, a full carousal full of birds and exotic animals, wanted his step-daughter to take a Fishtrap workshop. He would trade us for a new podium—or pulpit as I soon began calling it. After thinking and discussing, we put Rose in Kim Stafford’s workshop. Alice Warnock, the Grandma Moses of Baker County, was then in her 80s and taking the same workshop. On day two or three I stepped in as the group broke for lunch to ask how it was going. “You can’t imagine,” said Alice, “how wonderful it is to remember what it is like to be sixteen.” (And yes, the pulpit is the one still used at Fishtrap—and Rose is now on the Fishtrap Board!)
Kim’s students learn to listen and learn from him and from each other, the mark, I believe, of a great teacher.
If you have a story to tell and want to make a book of it, and you need the gentle nudges and quiet affirmations of peers and mentor, I suggest you consider Kim’s year-long workshop. I understand that there are now eight enrolled and there is room for a couple more. The information is at http://fishtrap.org/yearlong.shtml.