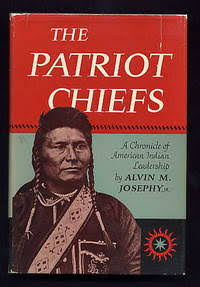 I’ve been on a history reading jag the last few months. It started with a comment I heard from Alvin Josephy many times—that the “standard” histories of America leave Indians out when they don’t lie about them.

My first book was These Truths:  A History of the United States, by Harvard historian and regular and prolific New Yorker writer Jill Lepore; I looked for Indians. Although she has apparently written a book about the Pequot—which I have not read—in her new “History of the United States,” Indians get little mention. She is on a mission to tell us how we got—or are still getting—from the words in the founding documents about “all men created equal,” to the place where non-property-owning whites, former slaves and their descendants, and women are all included under the equality umbrella. Note the presumptuous title of her book—A History of… implies The New History of….

I then read David McCullough’s THE PIONEERS: The Heroic Story of the Settlers Who Brought the American Ideal West. I had read McCullough’s prize-winning biography of John Adams years ago, and wondered then how this friend of Alvin Josephy’s—Alvin hired McCullough at American Heritage—could have omitted Indians almost completely in his account of the nation’s earliest days. The new book is no different. Like Lepore, McCullough’s mission is to showcase American “ideals,” this time in the white settler development of the Northwest Territories, where there would be no slavery, free public education, and religious freedom.

Others have noticed McCullough’s neglect and mistreatment of Indians. This, from the NYT review by Joyce E. Chaplin:

“McCullough plays down the violence that displaced the Indians, including the actual Ohio people. He adopts settlers’ prejudiced language about ‘savages’ and ‘wilderness,’ words that denied Indians’ humanity and active use of their land. He also states that the Ohio Territory was ‘unsettled.’ No, it had people in it, as he slightly admits in a paragraph on how the Indians ‘considered’ the land to be theirs. That paragraph begins, however, with a description of the Northwest Territory as ‘teeming with wolves, bears, wild boars, panthers, rattlesnakes and the even more deadly copperheads,’ as if the native people were comparably wild and venomous, to be hunted down, beaten back, exterminated.”

Tecumseh gets a one-line mention; there’s no talk of an “Indian state,” as proposed by the British; and the forced removal of Ohio farming Indians under President Jackson is completely omitted.

White historians—even the good ones—tend to get swallowed up in stories that, at the end of the day, paint the United States as a country of good-intentioned citizens overcoming past sins in a relentless journey of “progress.” Their journeys into the past avoid the murky stuff, the places where the country, presidents, governors and state and federal legislatures and courts took terrible wrong turns. Their laudatory histories are about “overcoming” Dredd Scott, “outlawing” slavery, and lauding the man who said “Have you no decency” to Joe McCarthy. I’ve read no accounts of how many slaves were forcibly returned to their slave masters, or how Joe McCarthy came to be a ranting, soul-destroying man of his times who held the popular and honorable President Eisenhower at bay. And I learned only recently, from black historian Ibram X. Kendi, that many—maybe a majority—of abolitionists paired anti-slavery with a desire to return slaves to Africa. I learn from a recent history that my state, Oregon, with a similar state of mind, outlawed slavery in our 1859 constitution—as it wrote black “exclusion” into the same document.

After reading Lepore and McCullough, I went on to read Kendi’s Stamped from the Beginning; John Treuer’s Heartbeat of Wounded Knee; Kent Nerburn’s Neither Wolf Nor Dog; Ta-Nehisi Coates’ Between the World and Me; Louise Erdrich’s historical novel of her grandfather, The Night Watchman; Claudio Saunt’s devastating account of Indian removal, Unworthy Republic: The Dispossession of Native Americans and the Road to Indian Territory; and Greg Nokes’ Breaking Chains: Slavery on Trial in the Oregon Territory. I reread Guns, Germs and Steel, and revisited chapters about the impact of diseases on indigenous Americans in Charles Mann’s 1491: New Revelations of the Americas Before Columbus. I retrieved Bury My Heart at Wounded Knee from the book shelf; it was published in 1970, has been translated into 17 languages, and has never gone out of print! When I finish it, I’ll go back to Alvin Josephy’s Patriot Chiefs, first published in 1961, and in print for most or all of the last 60 years.

True history of our United States has been out there all along. Black Americans and American Indians have known and lived it, and they are now writing it in the books mentioned above, and in many more. New historians, sometimes called “environmental historians” because they pay attention to climate, geography, and disease in interpreting the past, are shedding new light on old history—confirming what indigenous knowledge has long held.

Yet Lepore and McCullough have their followings. I propose that it is largely made up of people with an underlying belief in “progress” and American exceptionalism. I don’t think either of the authors I am picking on set out to be “anti-Indian,” but that their firm belief in American progress framed their thinking and disallowed the stories that Saunt found about Indian Removal in the Jackson era. (Arthur M. Schlesinger, Jr., another classic liberal American historian, failed to mention the Cherokee removal in 1946 his Pulitzer Prize-winning The Age of Jackson).

Kendi’s notion of “progress” is quite different than that of Lepore or McCullough—a story of African Americans struggling to find their place in a continually hostile America.  For American Indians, progress now is return to treaties and old ways of dealing with the land and its resources. They are not dreamy about rejecting everything of modern America, but growing increasingly confident that their own beliefs and ways of life before colonization have things to teach us still.

And enough regular American citizens—and world citizens—see reason in Black and Indian interpretations, and continue to search for the true stories to keep Dee Brown, Josephy, and Jared Diamond in print, and allow new Black, Indian, Asian, and sympathetic white writers’ books space on bookshelves. They might not replace the historians of progress, but they are increasingly important in offering different visions of our past—and roads to the future.