In 1961, Sarah M. Broom’s mother Ivory Mae bought a shotgun house in the then-promising neighborhood of New Orleans East and built her world inside of it. It was the height of the Space Race and the neighborhood was home to a major NASA plant—the postwar optimism seemed assured. Widowed, Ivory Mae remarried Sarah’s father Simon Broom; their combined family would eventually number twelve children. But after Simon died, six months after Sarah’s birth, the Yellow House would become Ivory Mae’s thirteenth and most unruly child.

A book of great ambition, Sarah M. Broom’s The Yellow House tells a hundred years of her family and their relationship to home in a neglected area of one of America’s most mythologized cities. This is the story of a mother’s struggle against a house’s entropy, and that of a prodigal daughter who left home only to reckon with the pull that home exerts, even after the Yellow House was wiped off the map after Hurricane Katrina. The Yellow House expands the map of New Orleans to include the stories of its lesser known natives, guided deftly by one of its native daughters, to demonstrate how enduring drives of clan, pride, and familial love resist and defy erasure. Located in the gap between the “Big Easy” of tourist guides and the New Orleans in which Broom was raised, The Yellow House is a brilliant memoir of place, class, race, the seeping rot of inequality, and the internalized shame that often follows. It is a transformative, deeply moving story from an unparalleled new voice of startling clarity, authority, and power.

“Breaking Chains: Slavery on Trial in the Oregon Territory” by Sarah Broom

In Breaking Chains, Greg  tells the story of the only slavery case adjudicated in Oregon’s pre-Civil War courts–Holmes v. Ford. Through the lens of this landmark case, Nokes explores the historical context of racism in Oregon and the West, reminding readers that there actually were slaves in Oregon…

Drawing on the court record, Nokes offers an intimate account of the relationship between a slave and his master from the slave’s point of view. He also explores the experiences of other slaves in early Oregon, examining attitudes toward race and revealing contradictions in the state’s history. Oregon was the only free state admitted to the union with a voter-approved constitutional clause banning African Americans and, despite the prohibition of slavery in the state, many in Oregon tolerated it and supported politicians who advocated for slavery, including Oregon’s first territorial governor. 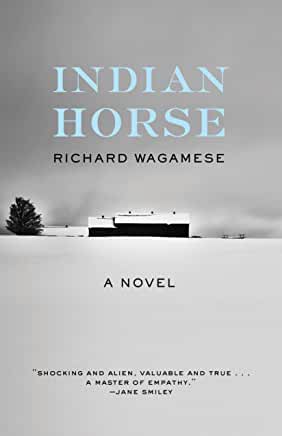 Saul Indian Horse is a child when his family retreats into the woods. Among the lakes and cedars, they attempt to reconnect with half-forgotten traditions and hide from the authorities who have been kidnapping Ojibway youth. But when winter approaches, Saul loses everything: His brother, his parents, his beloved grandmother–and then his home itself.

Alone in the world an placed in a horrific boarding school, Saul is surrounded by violence and cruelty. At the urging of a priest, he finds a tentative salvation in hockey. Rising at dawn to practice alone, Saul proves determined and undeniably gifted. His intuition and vision are unmatched. His speed is remarkable. Together they open doors for him: away from the school, into an all-Ojibway amateur circuit, and finally within grasp of a professional career. Yet as Saul’s victories mount, so do the indignities and the taunts, the racism and the hatred–the harshness of a world that will never welcome him, tied inexorably to the sport he loves.

“But Not Jim Crow: Family Memories of African American Loggers in Maxville, Oregon” by Pearl Marsh and “The Fire Next Time” by James Baldwin

Pearl Marsh went to school in Wallowa grades 1-6, and once did an in person Brown Bag on “Growing Up Black in Wallowa” here at the Josephy Center. James Baldwin says everything that Robin DiAngelo says in “White Fragility”, and more. And the man can write! It is beautifully written and not long. Both books address the huge issue of racism in our time.

“Pale Rider: The Spanish Flu of 1918 and How It Changed the World”, by Laura Spinney, is a gripping account of what she thinks is the major event–more destructive of human life and profound in its impacts than the war stories and rise and fall of communism–in the 20th Century.

If WW I killed 17-20 million, and WW II 60 million souls, the Spanish flu is thought to have infected one in three people on the earth, and killed between 50 and 100 million, all in a shorter period than either of the major wars. But there are no monuments to the flu in London or New York; “the Spanish flu is remembered personally, not collectively. Not as a historical disaster, but as millions of discrete, private tragedies.”

We’re still in the middle of our Pandemic–not sure if we are still in a first wave or have moved on to the second (there were at least 3 with the Spanish flu). Like the 1918 version, ours is especially devastating on the poor, and in our country, Brown and Black people. Like the Spanish, our flu is wrapped up with something else major–a war in 1918; an election in 2020. 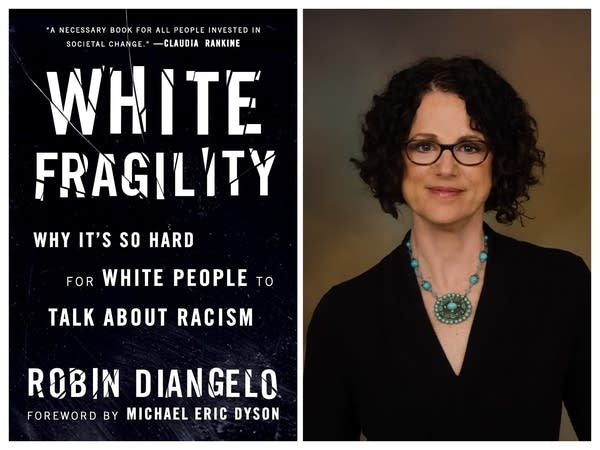 This important book, our 5th, “allows us to understand racism as a practice not restricted to ‘bad people.’ … a necessary book for all people invested in societal change through productive social and intimate relationships.” It’s called White Fragility: Why It’s So Hard for White People to Talk about Racism.

The New York Times best-selling book exploring the counterproductive reactions white people have when their assumptions about race are challenged, and how these reactions maintain racial inequality. 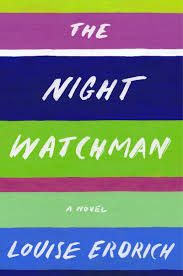 Our 4th book was Louise Erdrich’s new novel, “The Night Watchman.”  If you like historical fiction, this was it: the history in this case is only 75 years old, as the novel is based on the experiences of Erdrich’s grandfather, who fought against the Eisenhower “Termination” policy for his Turtle Mountain Chippewa Tribe in North Dakota.  I was born across the border, in Minnesota in 1942, lived there until 1952, and visited many times in the 50s and 60s.  I knew nothing of lives and issues.

As Rich’s mentor, Alvin Josephy, said, “When our history books don’t outright lie about Indians, they omit them.” 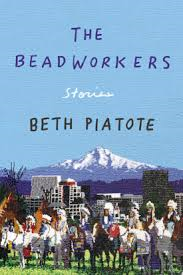 Our book in April was The Beadworkers, by Beth Piatote.  Some of you met her and heard her read at Summer Fishtrap–maybe even bought the book.  I’m still thinking about “Antikoni” and plan to reread in anticipation of this event.

Beth is going to join us at 5:00 p.m. on Thursday, April 30, so read now and save your questions for a lively discussion on April 30.  We will use Zoom. The author, Beth, will be on the call from her Bay Area home!

Our second book was “Braiding Sweetgrass: Indigenous Wisdom, Scientific Knowledge and the Teachings of Plants” as recommended by local medicine woman Jane Glesne.

This is writer Robin Kemmerer’s prayer that we look through scientific classification and dissection to indigenous knowledge of plants–and all of mother earth, For her, the earth–all of it–is gift, and we human beings are bound up in it in what can and should be reciprocal relations of gratitude and care. Sweetgrass grows lush when we harvest it. People took away different lessons–“I’ll look at the world I tramp in with new eyes”; “we shouldn’t worship growth”; “how can I live more sustainably?”; “this book will get passed on–and we will send copies to friends and children.” And all of us got bound up in this discussion of the “Thanksgiving Address” of the Onondaga, which puts gratitude and sharing the gifts of earth at the center of our lives 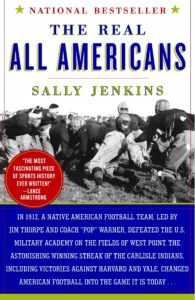 Our first book was “The Real All Americans, The Team that Changed a Game, a People, a Nation,” by Sally Jenkins. Before getting to Jim Thorpe and the Carlisle Football team, the book describes the end of the Indian wars in the West and the beginnings of the boarding school system, two historically transformative events for Indian people, and I believe for all Americans.

We had three wonderful discussions, meeting at Josephy and having people chime in virtually.